Doctor Who 1.5: The Legacy of Peter Cushing 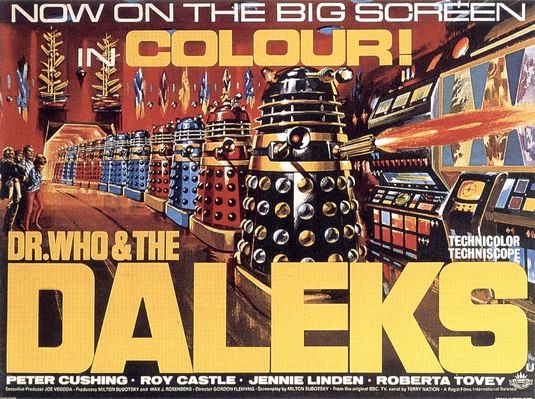 As Doctor Who fans hold their breath in expectation while the 12th incarnation of the Doctor prepares to make his big entrance, I'd like to spend a moment reflecting on the one I've  always seen as the forgotten Doctor. No I'm not talking about Hideyo Amamoto who played an identically named villain in the 1967 movie "King Kong Escapes.'  I'm actually talking about the second actor to play the good TARDIS dweller, Peter Cushing. 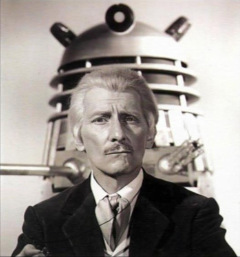 In 1965 the first Dalek TV story was adapted for the big screen as Doctor Who and the Daleks, which was followed by an adaption of the second Dalek story, Daleks: Invasion Earth 2150 AD in 1966. To make the movie more accessible to international audiences unfamiliar with the show, popular British film actor Peter Cushing was chosen to play the role of Doctor Who. Famous for playing Baron Frankenstein, Van Helsing, Sherlock Holmes and many other wonderful characters, he brought a Doctor to the screen that was an extension of warm grandfatherly figure that the initially antagonistic television Doctor, played by William Hartnell, had evolved into. 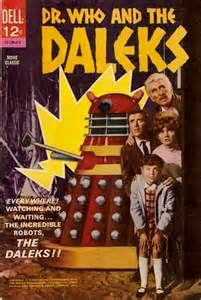 At the mention of his name I can hear the cry of many purists, 'but he's not canon', 'he's presented as a human and not an alien' and 'he actually gives his name as "Doctor Who" rather than just "the Doctor". To me these are all hollow claims, seeing that at various points in the TV series he has been presented as human (Human Nature / The Family of Blood (2007), half human (The TV Movie (1994)) and even a human/timelord clone (Journey's End (2008). He has also been referred to as 'Doctor Who' during the course of a story (War Machines (1966) and the character was billed as such in the television credits from season 1 to 18. However the issue of canon is a sticky one, as his two cinematic outings in the role were merely retellings of two stories from the early television series, therefore making him a parallel version of the first incarnation of the Doctor. However in a fictional universe which is made up of 'wibbly wobbly, timey wimey stuff', canon is what you make it. In this universe all contradictions are merely as yet unexplained anomalies. But I think for too long Peter Cushing's stint as the Doctor has been overlooked and here I would like to present 10 points of varying gravity as to why I think his cinematic tenure needs to be celebrated by the Whovian mainstream.

1) Gave Doctor Who another face. 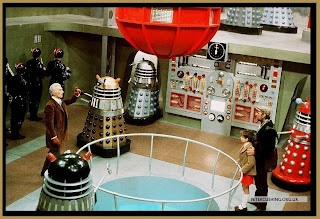 Since it's premier in 1963, the role of the Doctor was firmly in the hands of Sir William Hartnell. No one would have believed at that time that some one else could ever fill his shoes, let alone the succession of eleven actors (not counting alternate versions and stand ins). However in the 1965, the year before Patrick Troughton took over the role, Peter Cushing showed us that Doctor Who could have another face and personality.


2) Gave us bigger Daleks.
One of the main drivers of the success of the TV series was the popularity of the Daleks. It was because of this 'Dalekmania''that the good Doctor made the leap to the big screen. Compared to the television Daleks, their cinematic Daleks were bigger, had broader skirting and larger energy dispenser globes of their head domes. Not only was one of these cinematic Daleks eventually featured with in the show, albeit in a slightly modified form, but when the Daleks returned in 2005, the influence of the cinematic version in the design of these bigger Daleks was obvious. 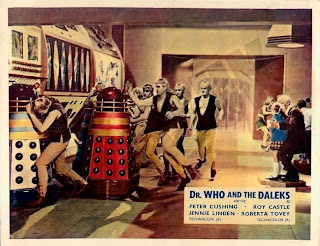 3) Gave us an internally lit TARDIS
One of the beautiful touches of the 2005 relaunch of the series was its use of a TARDIS prop that is internally lit. It gave the impression that there is something going on with in this strange blue box. This effect was previously only seen in the Peter Cushing films. 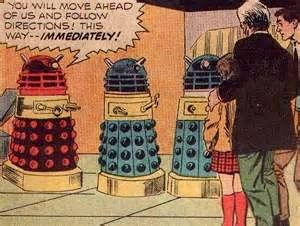 From 1963 to 1969, Doctor Who was made in B&W. But on the big screen, the Doctor, Daleks and TARDIS could be seen in vivid colour for the first time. For many B&W intolerant fans of the current generation, these movies act as an olive branch from the Doctor's earlier years.
6) Gave the Doctor a cinematic legacy.
For many years in the parts of the world outside the Commonwealth, the Doctor Who television series was unknown. However due to these two movies, Doctor Who had a place, albeit not a big one, amongst the ranks of classic 60's science fiction cinema. Before the Doctor made his debut on US TV via the American PBS in the 1970's, he had already graced the big screen in the US long before.
7) Gave us Doctor Who on a bigger budget.
While the Doctor on television struggled to realise the vastness of time and space on a regular BBC drama budget, the cinematic version was able to present the good Doctor's Dalek adventures with much higher production values and on a bigger scale. Who can forget the amazing depiction of the Planet Skaro and the scenes of a ruined post apocalyptic London. 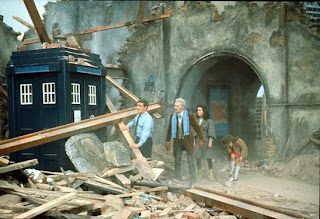 8) Gave us a Doctor with facial hair.
Well I know this might be clutching at straws, but we didn't see this in the TV series until Tom Baker played an prematurely aged Doctor with a beard in Leisure Hive (1980). We didn't see facial hair again until Matt Smith decided beards were cool…occasionally. 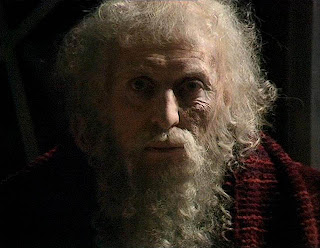 9) Gave us breakfast cereal product placement.
It appears that between 1966 AD and 2150 AD Sugar Puff Cereal didn't change it's ads. It is the Peter Cushing Doctor's equivalent of 'Bad Wolf', 'Sugar Puffs here, Sugar Puffs there'.
10) Gave us Bernard Cribbins as a companion.
One of the highlights of the last days of David Tennant's era was the character of  Wilfred Mott portrayed by comedy veteran Bernard Cribbins. Who can forget the tragic and moving scene as the Doctor sacrifices his 10th regeneration to save the life of this lovable man. However, those of us familiar with the Doctors' cinematic outings would have remembered Mr Cribbins' wonderful performance as Special Constable Tom Campbell in the Daleks: Invasion Earth 2150 AD (1966). Few would forget Tom Campbell's hilarious attempt at infiltrating the ranks of the Robomen. I must mention too that the movies also gave us my clansman, Roy Castle, as a companion. This is a fact I try to use to illicit a favourable response when talking things "doctorish' with my non-Whovian parents.

Sadly Peter Cushing never made another Doctor Who movie. The plan was to adapt another Dalek TV story, The Chase (1965) for the big screen, but box office takings for the second feature failed to meet expectations and plans were abandoned. However although the Doctor Who movie series came to an end, the adventures of the Doctor continued on the small screen. Peter Cushing went on to play many more roles, such as the very 'doctorish', Dr Abner Perry in Edgar Rice Burroughs' At The Earths Core (1976) and as the ruthless Grand Moff Tarkin in some small space fantasy movie made by George Lucas. However in this 50th year of Doctor Who, I am determined that Peter Cushing's Doctor will not be forgotten and that from here on in he will be known as the..... 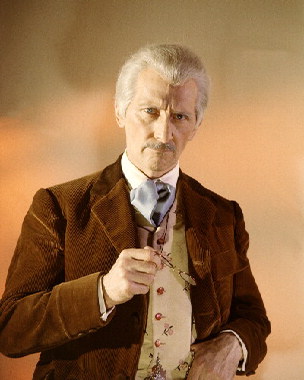 Posted by House of Castlestein at 06:13