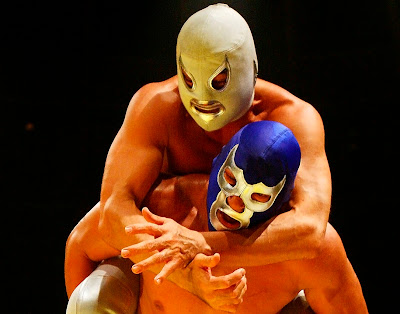 I realised recently I harboured a grudge. My grudge wasn’t against the living but against a long dead fellow Christian. It’s one thing to harbour a grudge against a school bully who genuinely did you harm and you are struggling to forgive. But to hold it against a person from history, who ultimately is on your side is crazy. The subject of my dislike was a man by the name of John Calvin and his only crime was to try and organise the Christian belief system in a way that was functional, practical, logical, faithful to the broader orthodoxy of the time and firmly based in the scriptures. Why did this gripe me so much, because firmly laid at his door was the idea that he came up with the doctrine of predestination. Broadly speaking, predestination is the idea that the only pople that God will save for eternal life are those he chose in the first place and all those who face damnation are those he seemingly didn’t choose. This is the polar opposite of my faith tradition which broadly says that Christ died for all people and it’s up to the individual to accept this gift of salvation or not, a doctrinal position called Arminianism, named after Arminius, a protégé of Calvin’s protégé, Theodore Beza.

John Calvin was born in in 1509. A notable part of John Calvin’s spiritual journey began when he was sent to to study at university to prepare for a career in the church. Beginning his education initially at the of , he later enrolled at the . At this time was under going a period of legal reform which sought a return the legal system to Roman law. Rather than reading these laws in the light of tradition, commentaries and interpretative glosses, which had been the custom, the French sought to read the texts, unadorned, in the original languages and thus doing away with the perceived obstacles to the original meaning of the text. This approach had a flow on affect to the study of other areas, especially the study of scripture. It was here in the universities of that John Calvin came to study civil law. Through this study he learnt the value of reading a text in it’s original language and methods of applying the ancient meaning to a current situation. Of this Alistair McGrath says,

‘Although it is often suggested that predestination stands at the centre of Calvin’s system, this is not the case; the only principle which seems to govern Calvin’s organization is a concern to be faithful to scripture one the one hand, and to achieve maximum clarity of presentation on the other.’

It was at this time in his mid twenties that he came into a new experience of Christ. After studying law, Calvin returned to Paris to resume his theological studies and instead of taking up a church post, left the church of Rome to become apart of the reform movement. This eventually led to him writing his famous Institutes of the Christian religion and his famous reforming work in the city of .

Rightly or wrongly, Calvin’s teachings on predestination are often presented as a distinctive hallmark of his writing, but it must be remembered that Calvin was not promoting a new perspective on salvation but was endeavouring to present the common understanding in a new way.  To depart from this was close to heresy and this was punishable by death. Richard A Muller says’

‘Unique or individualized doctrinal formulation was not Calvin’s goal. If, for example, there is anything unique in his doctrine of predestination, it arose from the way in which he gathered together elements from past thinkers in the tradition and blended them into his own formulations.’

Like many of those before him, Calvin believed Salvation was something for the pre-ordained/church and not specifically for all humanity. Salvation is primarily the act of being rescued from damnation and going to heaven. In his institutes he says,

This prescience extends to the whole circuit of the world, and to all creatures. By predestination we mean the eternal decree of God, by which he determined with himself whatever he wished to happen with regard to every man. All are not created on equal terms, but some are preordained to eternal life, others to eternal damnation; and, accordingly, as each has been created for one or other of these ends, we say that he has been predestinated to life or to death.—Institutes of the Christian Religion [John Calvin, Institutes of the Christian Faith, Chapter21 section 5 ]

Salvation was seen by Calvin to be limited to the few that God had chosen by his free will to save. It is not achieved in any way by their efforts but by God’s undeserved favour on them. Salvation is an act initiated by God and achieved for the selected few by the death of Christ. Strange and harsh as this may sound to my Armenianist ears, it can be argued from scripture and was not a new thought. It’s an argument that personally hasn’t won me over but one that speaks loudly when one is trying define clearly who is in and who is out by divine declaration, something the Protestant and Catholic Reformation were busy trying to do. For me, God did predestined a group of people to be his people, but like Ruth the Moabite who chose join God’s chosen people the Israelites, we choose to become part of God’s chosen people.

Although for Calvin it seems that the main thrust of salvation was to receive eternal life, it wasn’t the entirety of his view. Gonzales says,

Calvin, as a theologian of the second generation, did not allow the doctrine of justification to eclipse the rest of Christian theology, and therefore was able to pay more attention to several  aspects of Christian faith which Luther had virtually ignored-in particular the , the doctrine of sanctification (Gonzalez, 77).

In his Institutes Calvin said,

We must now see in what way we become possessed of the blessings which God has bestowed on his only-begotten Son, not for private use, but to enrich the poor and needy. And the first thing to be attended to is, that so long as we are without Christ and separated from him, nothing which he suffered and did for the salvation of the human race is of the least benefit to us. (Institutes 3.1.)


For Calvin, Christian regeneration or sanctification was inextricably linked with justification. He sees both of them of God’s grace, one flowing into the other. Salvation is not just something decided upon for the individual before the dawn of time and benefitted from after death. It also brings about a regeneration in this life that allows a person, in union with Christ through the Holy Spirit, to be a more a Christlike person and to benefit the world around us. This bit warms the cockles of my little Salvationist heart. For me, Christianity is a selfish pursuit if all it entails is having insurance for the after life. For me it needs to make a difference now, in the same way that Jesus’ ministry was just as much about the present as it was about the future.


It seems my days of wrestling with Calvin may be over, as he and I settle down to an easy truce. Rather than seeing him as the mastermind of a doctrine that potentially renders Christians into self righteous pew warmers, I now see him as one who tried to make the outworking of the Christian faith active and relevant to his day and beyond. Calvin was the one in the Reformation who didn’t drop the ball on holiness. He actively promoted the concept that regeneration or sanctifacation was inextricably linked to justification, or in other words, salvation was not just something that affects the future but impacts positively on the life of the believer and those around him now.

Posted by House of Castlestein at 18:13