The Jungle is my Home: Back to Eden 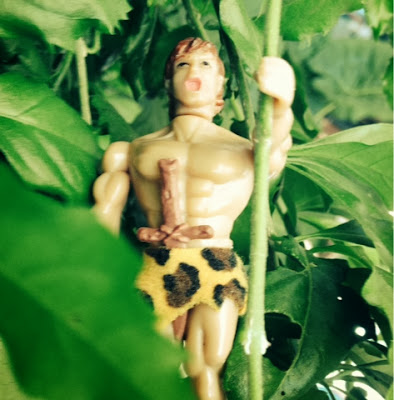 'Home? I have no home,........ the jungle is my home'. These words, written by Edward D. Wood Jnr and spoken by Bela Lugosi, have always rung a bell deep with in me. Somewhere far away from here is a place free from care, were the lion lays down with the lamb, where humanity and nature meet in a peaceful embrace. You see it in the eyes of a child playing with their dog, the lady stroking her cat, the older man feeding his pigeons. It's why we visit zoos and give into the allure of going off road. It's that dream of a tranquil place where the connection to the earth is solid and the cares of civilization are far away. A place where the mortal dwells with the divine. A place where the lost child comes home. A place where conflict becomes peace. Deep with in us there is a desire to return to Eden. 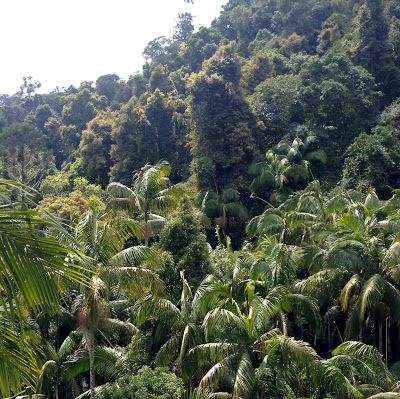 I first tasted this beautiful fruit as a child. At the age of four my parents took me to Queensland, Australia, located on the Tropic of Capricorn. After several days of driving we had left the dry heat of Adelaide to enjoy the humidity of more northern climes. It was there that my parents took me to my first rainforest. As I've gotten older I haven't forgotten the great buttress root trees, the ferns, stag horns and the flowing waterfalls teaming with frogs.  We walked along the paths that cut their way through dense undergrowth, admiring the glistening green beauty of the lush vegetation and the striking colours of the forest butterflies. Some of the memories of my four year old self may have been embellished as times gone by, but the essence of the event has stayed the same. It was the time I first made a meaningful connection with the ancient garden and I've never forgotten it.

At about the age of 10 I discovered the world of Tarzan. I loved the idea of living deep within the jungle surrounded by the birds of paradise, lush vegetation and cooling streams. It was a place where the cares of humanity were far away and only the law of the jungle held sway. The jungle was symbolic of a place of peace and freedom. Here Tarzan could strip off the outer veneer of civilization and escape into the deep forest where all was clear and the complexity of the human society was replaced by the simplicity of the animal kingdom.
'With the first dizzying swing from tree to tree all the old joy of living swept over him. Vain     regrets and dull heartache were all forgotten. Now was he living. Now, indeed, was the true happiness of perfect freedom his. Who would go back to the stifling, wicked cities of civilized man when the mighty reaches of the of the great jungle offered peace and liberty? Not he (Edgar Rice Burroughs, The Return of Tarzan, 1913, pg 119).'


In Tarzan's kingdom, although death was around every corner, it was death based on survival, not greed or sport. Here one could befriend the great beasts and commune with the small. Here one is intimately connected with the greater web of life and, in so doing, made whole.

As graphic a picture these words conjure, it was when I first watched Tarzan the Ape Man (1959) that this idea spoke clearest to me in the cinematic versions of Tarzan. It happened in the scene where Tarzan takes Jane for her first swim in his jungle lagoon. In vivid colour, the couple swim through the clear water, bustling with hippopotami, a baby elephant, tame lions, flamingos, and even a peacock thrown in for good measure. Despite the chilly reality behind the film shoot, (http://www.erbzine.com/mag45/4554.html), the vision of a warm, earthly paradise is beautifully depicted. It's where the world weary Jane begins to see that Tarzan's world is a place where she could find something that civilization hasn't been able to offer. It's a place where I, the viewer, also long to dwell. An earthly Paradise far from the evil ways of men. This is where Adam can frolic with Eve with out shame. The place where every thing finally makes sense. 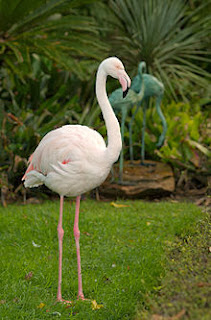 It's no coincidence that this idea is not only found on the page and screen of adventure fiction, but in the ziggurats and halls of ancient civilization. It was not only in the Hanging Gardens of Babylon that the need to connect with nature was expressed, but in the ancient heartland of Judeo-Christian religion. When walking through the court yards of the great ancient Temple in Jerusalem, one would eventually come, providing you weren't stopped by the temple guards, to the Outer Sanctuary. This was the area immediately outside the Inner Sanctuary or Holy of Holies, where the Ark of the Covenant, the physical throne of the unseen God of Israel, was kept. The Outer Sanctuary contained the seven branched candlestick called the Menorah, which was associated with the Tree of Life (Margaret Barker, The Lost Prophet, 1988, pg 55) which, according to the Book of Genesis, was found in the Garden of Eden (Genesis 2: 9). The walls of the Outer Sanctuary were also covered in images of flowers, fruits and plants as well as doors covered in depictions of palms, angelic beings and more flowers (1 Kings: 6). If the Holy of Holies was the throne room of  the God of Israel then the Outer Sanctuary was representative of Eden, the sacred royal garden. Eden or Paradise, that heavenly garden we all seek to return to, was an integral part of the formal religious life of Israel. Then, just as now, when humanity seeks to commune with the divine, it is often sought in the surrounds of a garden.

Closely connected with the design and function of the Jerusalem Temple is the story that has become the primary origin narrative of Western Civilization. The story of Adam and Eve and their expulsion from Eden once again tells the story of dislocation from that place of tranquillity. The story describes the beginning of human history when man and woman walked with God in a Garden known as Eden or Paradise. In the garden there were two trees, the Tree of Life and the Tree of the Knowledge of Good and Evil. Man and woman were able to eat from any tree in the garden except the Tree of the Knowledge. It's after humanity has been tricked into eating from the forbidden tree by a serpent that they are expelled from the garden. Why are they expelled? Humanity leaves the garden because they are no longer innocent enough to stay.

Then the Lord God said, “See, the man has become like one of us, knowing good and evil; and now, he might reach out his hand and take also from the tree of life, and eat, and live forever”—  therefore the Lord God sent him forth from the garden of Eden, to till the ground from which he was taken. 24 He drove out the man; and at the east of the garden of Eden he placed the cherubim, and a sword flaming and turning to guard the way to the tree of life (Gen 3: 22-24).

Humanity is now too dangerous to stay in the primordial garden. They know too much and risk becoming immortal. They now potentially challenge the power of the creator himself.  It is at this point that humanity begins travelling down the path that leads to civilization. Instead of living off of Paradise, they must grow their own gardens, work the earth they had emerged from. Thus the stone age is left behind and the agrarian revolution begins. The hunter gatherer becomes the settled farmer and we've longed to return to the divine garden ever since. 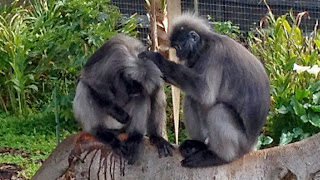 We also see this longing for Eden when we come to the end of life. As a minister of religion I have stood in many memorial garden's located  in beautifully landscaped cemeteries. The idea of our loved one's earthly remains resting in the midst of a garden is of great comfort. Although they are gone, they are now at one again with nature, dwellers in the divine garden. In the Gospel of Luke, during the crucifixion, an interesting conversation between Jesus and the criminal hanging next to him is recorded.
Then he said, “Jesus, remember me when you come into your kingdom.”  He replied, “Truly I tell you, today you will be with me in Paradise.” (NRSV Luke 23: 42-43)

Paradise is not only the divine royal garden but the abode of the righteous dead. The longing one feels to return there can only truly be fulfilled on the other side of the grave. No matter the beauty of earthly paradises, the true divine garden is now only accessible when the Tree of Life is needed the most, when one has been consumed by death and become one with the earth again.
Deep within the psyche of our species is the need to reconnect with the jungle we left behind. It's a need that that resonates through the whole of life and inhabits our cultural day dreams, religious hopes and even our leisure time. But sadly it's antithesis, civilisation, that mock attempt at creating our ideal environ with its timber mills, plantations and mines, threatens to destroy the earthly paradise. If we are not careful our self made concrete jungle may destroy this great 'foretaste of glory divine' forever.


'The Forbidden Zone was once a paradise. Your breed made a desert of it, ages ago' (Dr Zaius, 3955 AD, orangutan and descendant of palm plantation survivors, Planet of the Apes, 1968).


Posted by House of Castlestein at 21:43