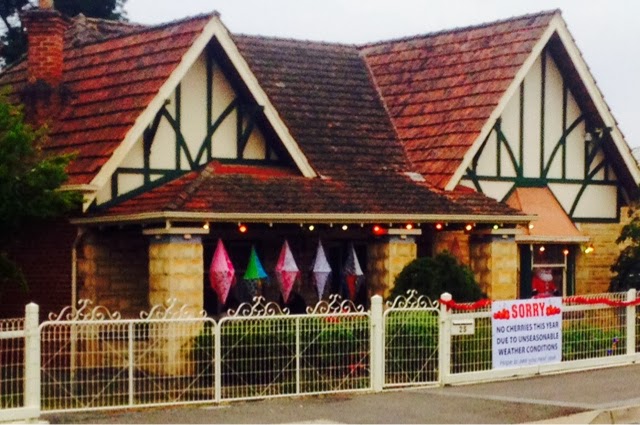 Deep in the Adelaide Hills, South Australia, nestled amongst orchards of fruit trees, is the charming town of  Lobethal. Lobethal in German means the ' Valley of Praise' but at this time of year it becomes the 'Valley of Lights, as the community comes together to celebrate Christmas with an amazing display of festive lights.

Founded by Prussian/German immigrants in 1842, Lobethal was an important local wool processing centre up until the early 1990's and at one stage even had its own cricket bat factory. Lobethal was also one of the South Australian German towns that had recieved a name change during the First World War, temporarily becoming Tweedvale in honour of it's primary industry. However it was in 1952 that the town started to became known for something very different, it's annual Christmas light display. Since that time thousands have flocked to the picturesque township to grab themselves a glittering slice of Christmas and witness the largest community Christmas light display in the Southern Hemisphere. 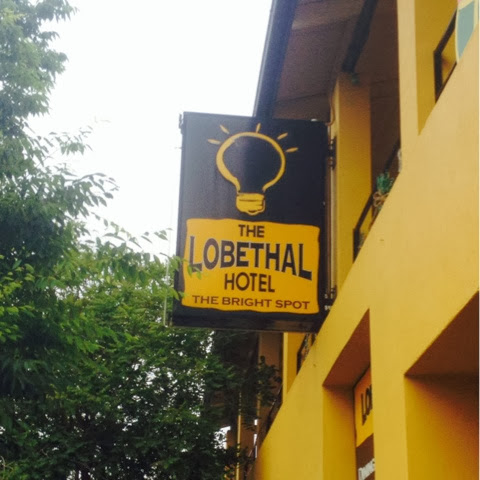 For the last few years my family and I have made the pilgrimage up to Lobethal to be there when the lights go on. Our yearly ritual is to arrive well before dark and to enjoy tea at one of the local hotels. This year we enjoyed a wonderful meal at The Lobethal Hotel before heading off to the Centenial Hall which hosts the annual Christmas markets. The main street was now beginning to fill up with people from all walks of life from around Adelaide. Makeshift stalls were set up outside house fronts, selling glow sticks and knock off light sabres to passing revellers. As is our custom, we grabbed one for each of our children so they too could become part of the light show. 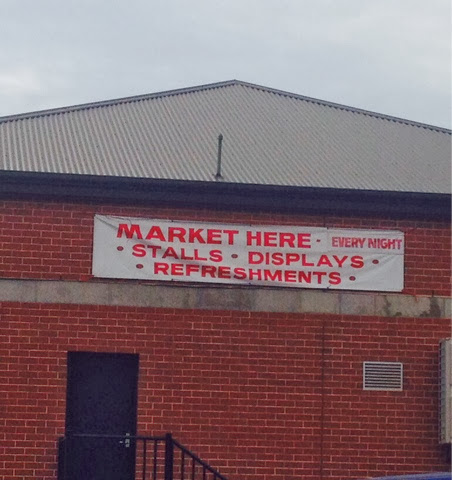 Soon we arrived at the classic art deco style Centenial Hall to investigate this years markets. As we browsed through the tables laden with local handy crafts, novelties and confectionary, we chatted to the stall holders, many familiar from previous years. Soon the pocket money was starting to burn a hole in my children's pockets and they were thrilled to find bags of chocolate reindeer poop and reindeer noses (in reality just repackaged choc-malt balls, but who'll let the truth get in the way of a good gimmick). Eventually we made our way past all the jewellery, homemade ties and beautiful country cooking, to find the stairs that led to the jolly old elf himself. However this year as we moved to join the cue, my kids indicated that they were either too cool or too terrified to sit on Santa's knee. After a bit more browsing we moved to the main street to find that the sun is beginning to set and the Christmas lights had started to go on. Buildings, previously unremarkable, suddenly popped out of the street scape, exploding with colour, fake icicles and neon reindeers. 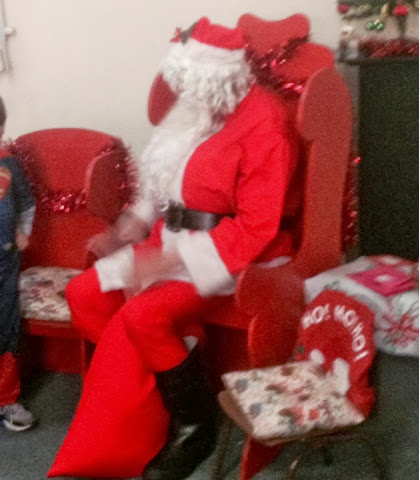 The crowds had continued to increase when we came to the visual highlight of the evening, the fireworks display. With a take away coffee  and glow sticks in hand, we headed for our usual spot beneath the pine trees that lined the edge of the oval. With the sun finally setting, we began to get a full view of the Christmas lights in the streets nearby, and very soon the ones that started to explode through the night sky in a rainbow of colours.
If the fireworks were the visual highlight, then the Living Nativity Scene, complete with donkeys, camels and sheep, was the spiritual centre piece of the proceedings. All ways with standing room only, this annual presentation by the local Lutheran Church commmunity capped off the evenings proceedings. With this pride of place, the Nativity Scene demonstrated that the Lobethal Lights is not just about Father Christmas and faux snow in the summer heat. It is primarily the celebration of the birth of the King of Kings, the man who sought to reconcile humanity to God and to one another. This is what I love about the Lobethal lights. Rather than a commercial venture designed to part us from our hard earned dollars, here we have a community that comes together to present the wider populous with a unique Christmas Gift. It is a present that combines both the cultural festivities and trimmings of the Christmas season with its true spiritual core, the birth of Jesus of Nazareth. Long may the Lobethal light up at Christmas. 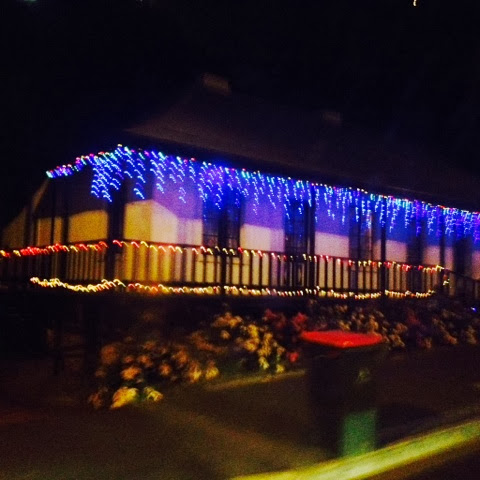 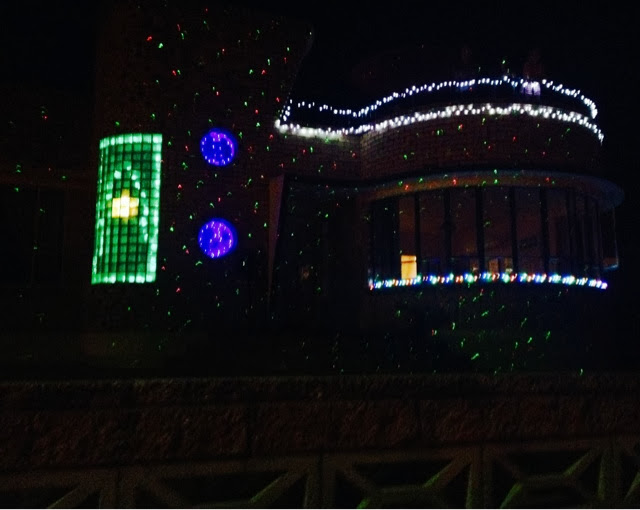 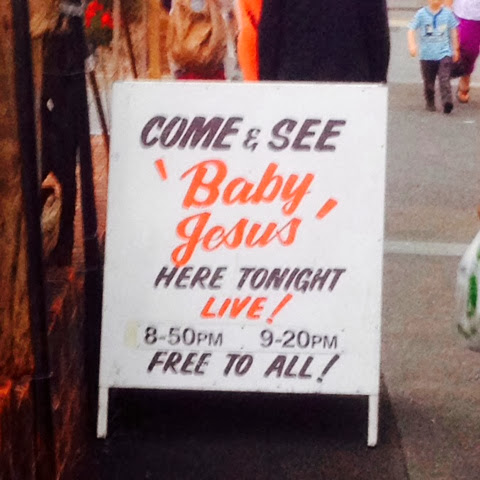 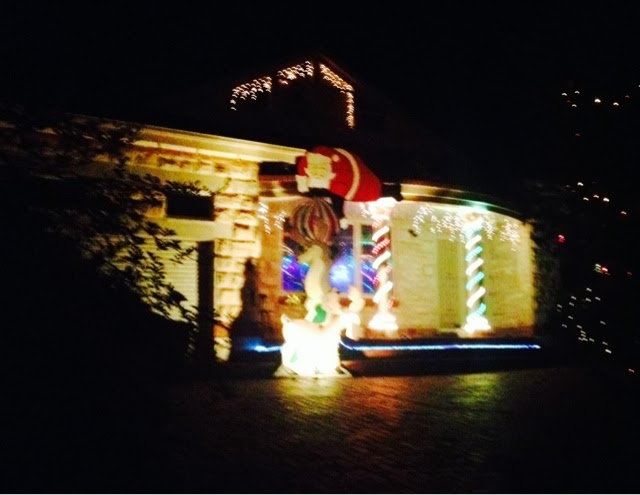 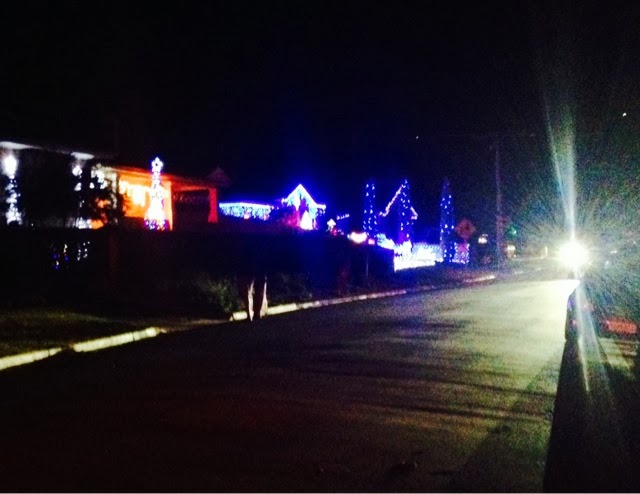 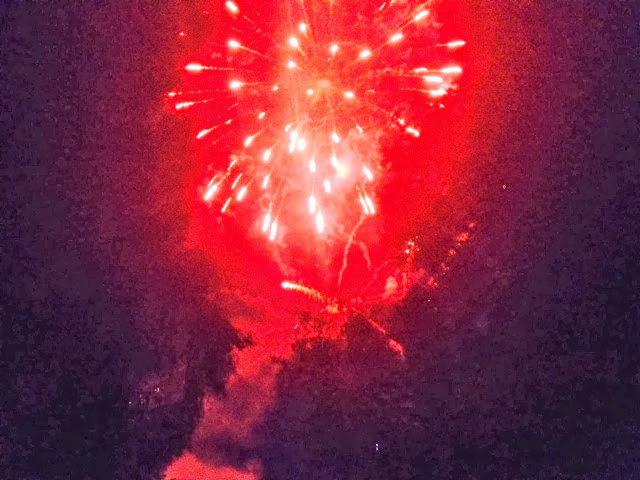 Posted by House of Castlestein at 20:45