Princess Ananka: Queen of the Mummies 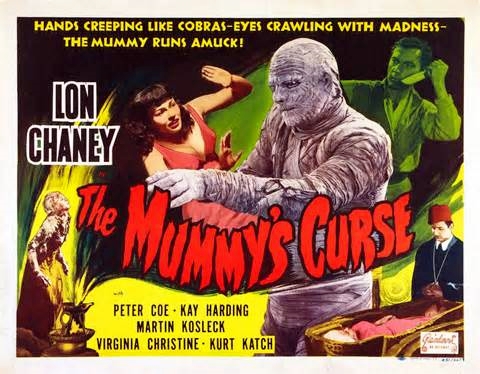 Behind the familiar male faces of the Universal Monsters there lies an equally interesting yet underrated gallery of tragic female monsters that usually get over looked. Amongst the Bride of Frankenstein, Dracula's Daughter, and the She-Wolf, is the tragic female mummy, Princess Ananka. Although each of these are iconic characters, it is only Ananka who appears in more than one Universal feature and plays a vital role in the first of the Hammer cycle of Mummy pictures.

The proto-type for the character of Princess Ananka appeared in the first instalment of the Mummy series. In 1932 Universal Studios, seeking to follow up the success of Dracula and Frankenstein, decided to cash in on the public's fascination with ancient Egypt and released The Mummy starring Boris Karloff as Imhotep the living Mummy. The film tells the tale of an ancient Egyptian priest, Imhotep, who has an illicit love affair with a royal princess and priestess of Isis by the name of Ankh-es-en-amon. After being caught trying to raise her from the dead using the sacred Scroll of Thoth, he is condemned to living death by the God's and buried alive as a living mummy. Many years later the mummy of Imhotep is unearthed and he is soon free to search for the reincarnation of his lost love, Princess Ankh-es-en-amon. Ten years later, Imhotep returns, unbandaged and in the guise of modern Egyptian Ardath Bey, to lead Frank Whemple (David Manners), the son of his discoverer  Sir Joseph Whemple (Arthur Byron), to the tomb of his beloved princess. Soon, with the mummy of Ankh-es-en-amon and her current incarnation Helen Grosvener (Zita Johann) in his dusty grip, Imhotep sets about trying to sacrifice Helen/Ankh-es-en-amon in order to raise her from the dead as a living mummy like himself. However Helen, now aware of both her past and present life, wants nothing to do with Imhotep's plan. She longs to continue amongst the living rather than joining Imhotep and living amongst the dead. Before Imhotep can complete his sacrificial rites, Helen, as a once priestess of Isis, calls out to the Goddess, who intervenes on her behalf, destroying the Scroll of Thoth and reducing Imhotep to dust. 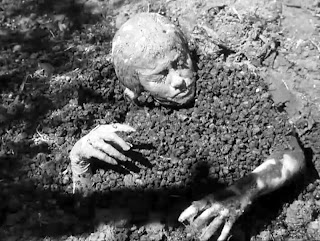 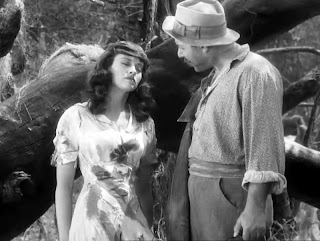 After the success of The Mummy (1932), the studio followed it up 8 years later with The Mummy's Hand (1940). Although not a narrative sequel, the film, and the ones that followed, picked up many of the themes and situations featured in the original, as well as a lot of recycled footage of the Mummy's origin. Instead of the Imhotep and Princess Ankh-es-en amon, it is Prince Kharis and Princess Ananka that are the central figures in the rest of the Mummy cycle. The story of Kharis and Ananka, first told in the Mummy's Hand, is a truly pathetic one. Over 3000 years ago in the lands of ancient Egypt, the young Princess Ananka, a priestess initiate of Arkham (also referred to as Karnak in the second and third film) was involved in a forbidden love affair with Prince Kharis, another member of the royal house. After Ananka died a  premature death, Prince Kharis, sought to resurrect her using the sacred Tana leaves, and thus gaining the disfavour of the Goddess Isis. He is caught, captured, his tongue removed, wrapped in bandages and buried as a living Mummy in a secret part of the desert. However once the Pharaoh had left, the priests of Karnak/Arkham exhumed Kharis' body and placed him near the resting place of Ananka, standing guard as the living protector of her tomb. Centuries later the tombs of Kharis and Ananka were disturbed by American archaeologists and Kharis walked again.  After the mummy of Ananka was taken to the new world, the stories of Egyptian priests, reincarnation, tragic love, stolen beauty's and walking mummies were transported to Mapleton, USA. In the Mummy's Ghost (1944), the Princess Ananka's soul has once more been born again in the body of Amina Mansouri (Ramsey Ames), a young  woman of Egyptian descent working at the local University. However as Kharis (Lon Chaney Jnr) and the latest priest of Arkham, Yousef Bey (John Carradine), sneak into the Scripps Museum to retrieve the long stolen mummy of Ananka inorder to return it to it's tomb, it disintegrates, making it clear that the soul of Ananka now has a new home.

After two more sequels (The Mummy's Tomb, The Mummy's Ghost (1944), the final film in the cycle , The Mummy's Curse (1944) brought the series into new territory. In the previous film, The Mummy's Ghost (1944), Kharis the Mummy is last seen 25 years earlier, carrying the rapidly mummifying body of the Amina Mansori (Ramsey Ames), the latest incarnation of his beloved Princess Ananka into the local swamp.  When all the time references in this film series are added up it seems that this film takes place in a 1940's version of 1995. 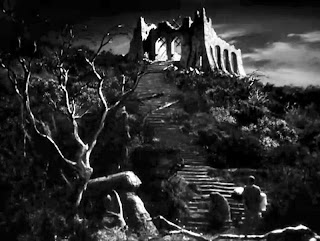 During this time, a decision has been made for community health reasons to drain the swamp and a community of  workers from the Louisiana Bayou have moved into the town of Mapleton to carry out the task. But the stories of the Mummy have begun to frighten the workers and soon the reclamation effort has unearthed the body of Kharis in the mud. It's at this time that two representatives of the Scripps Museum arrive in town, Dr James Halsey (Dennis Moore) and Dr. Ilzor Zandaab (Peter Coe). The aim of their visit is to reclaim the missing mummy's of Kharis and the reincarnated Ananka as the swamp is drained. But unbeknownst to Dr. Harley, his fez wearing colleague is really the latest priest of Arkham who has come to the new world to return Prince Kharis and Princess Ananka to their rightful resting place in the Egyptian desert. 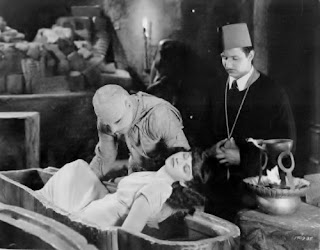 The most striking moment of the movie is the resurrection of Princess Ananka as she emerges from the freshly drained swamp mud. Looking ever inch a living mummy, the mud covered Princess lurches eerily out of the sediment and into a fresh pool of water. Ananka, this time played by the beautiful Virginia Christine, is now washed clean of the mud of the swamp and is revealed to be very much alive. With no memory of her life as Amina Mansori or as Princess Ananka, she stumbles throught the woods surrounding the swamp, calling for her Kharis in trance like moments, but unfamiliar with the name when questioned by those she meets. It is in such a trance like state that she is found still wandering through the wetlands by one of the workers, Cajun Joe (Kurt Katch). It is he who brings her into the town, only to have her followed by Kharis, under the direction of Dr. Zandaab. As is the usual course of events through this film series, the tragedy that is the forbidden love of Kharis and Ananka begins to take its toll on the community of Mapleton, as those who get close to Ananka begin to die at the hands of Kharis. Seeking after life and afraid of her ancient mummified lover, Ananka is eventually apprehended by Kharis and taken back to Dr Zandaab. The inevitable moment comes when, after being given a dose of brewed tana leaves, Ananka is reduced once again to a mummified state, ready to be returned to her far off desert tomb. 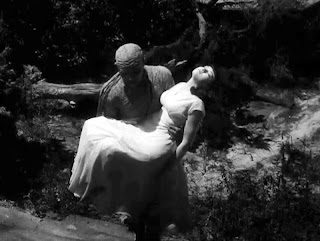 The tragic love between Ananka and Kharis is usually just the excuse for the Mummy to strangle people and carry off beautiful women, however here in Curse, Ananka finally steps into the sun in her own right and in many ways eclipses Kharis. Here she walks reborn upon the earth, moving from mud covered mummy to radiantly beautiful  amnesiac. She is portrayed as one who has arisen from the shadowy lands death and is enchanted by the experience of sun shining of her face. She, like Ankh-es-en-amon, loves being alive rather than   living in the world of death as Kharis and Imhotep do.  Her transformation is butterfly like when compared to the still mute and bandaged mummy of Kharis, who has never died but who doesn't really live. In many ways Ananka's transformation mirrors that of Imhotep. She begins by looking every inch the corpse and as the movie progresses she emerges as an individual who can walk amongst other people as Imhotep does. However just as Imhotep is unable to escape the ancient clutches of death as the scroll of Thoth is burned by the hand of Isis, so too Ananka is eventually re-embraced by its icy clutches as she once again turns back into a mummy upon being given a dose of brewed tana leaves. Both Ananka and Imhotep, as well as Kharis, appear to have finally been put to rest, as the ancients secrets of Egyptian resurrection appear to be lost to the sands of time. When Universal next brought the Mummy to the screen 11 years later it was in the form of Klaris (Eddie Parker), the protector of the tomb of Princess Ara in Abbott and Costello meet the Mummy (1955). However this time the Princess stayed well and truly in her tomb, as Klaris spent his time protecting her treasure and taking part in the fun and hijinks. 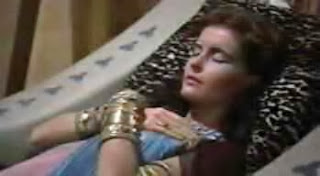 However this wasn't to be the last of Princess Ananka seen on the silver screen. Three years, in 1959, Hammer Studios attained the rights to remake The Mummy from Universal. Their production, directed by Terrence Fisher, was an interesting amalgamation of elements from the whole Universal series, in particularly The Mummy and The Mummy's Tomb. Elements such as the sacred scroll and the character Joseph Whemple from the original Mummy film now rubbed shoulders with characters and features from the later films, like Kharis (Christopher Lee), Stephen Banning (Felix Aylmer), his son John Banning (Peter Cushing), Mehemet Bey the priest of Karnak  (George Pastell), and finally Ananka and her modern day incarnation Isobel (Yvonne Furneaux). This film features the traditional origin flashback, now refilmed totally for the first time and in lurid colour, and relocates the action from 1940's New England to 1800's England after the initial Egyptian scenes have taken place. Another element taken from The Mummy's Ghost and The Mummy's Curse is the inclusion of the swamp, now transformed into an English bog. This is used effectively in a creepy scene where Kharis rises, mud covered, out of the bog, invoked by Mehemet Bey reading from the Scroll of Life. The bog is also featured in the climax of the film where, after trying to carry a still living Isobel into the bog, Kharis is blasted to smithereens by the gun wielding mob. 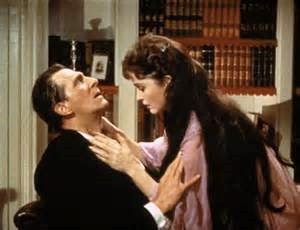 Unlike the version of her character in Tomb, who is become the object of Mehemet Bey's desires, Isobel here is reminiscent of the Helen Grosvenor character from the original, a seeming reincarnation of Ananka but one who is also able to control Kharis to an extent. She is even able to over power the influence of Mehemet Bey and it is she that convinces Kharis to put her down in the waters of the bog, leaving the way clear for his demise in a cloud of Mummy shredding bullets. For this incarnation of Ananka their is no descent into the mummified world of the dead, but like Helen, a return into the arms of her beloved, in this case her husband John Banning. Sadly it is here that the trail of Princess Ananka goes sadly cold. After this film Hammer explored the exploits of other living mummy's and the characters from the Universal Films were abandoned for creations of their own. By the end of the 1970's that series too had finished, and with the exception of a few one off movies, the living Mummies and their Princesses had gone quiet, until the 1990's. But that's another story. 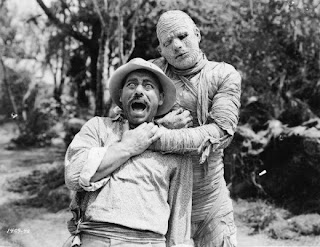 Posted by House of Castlestein at 09:57