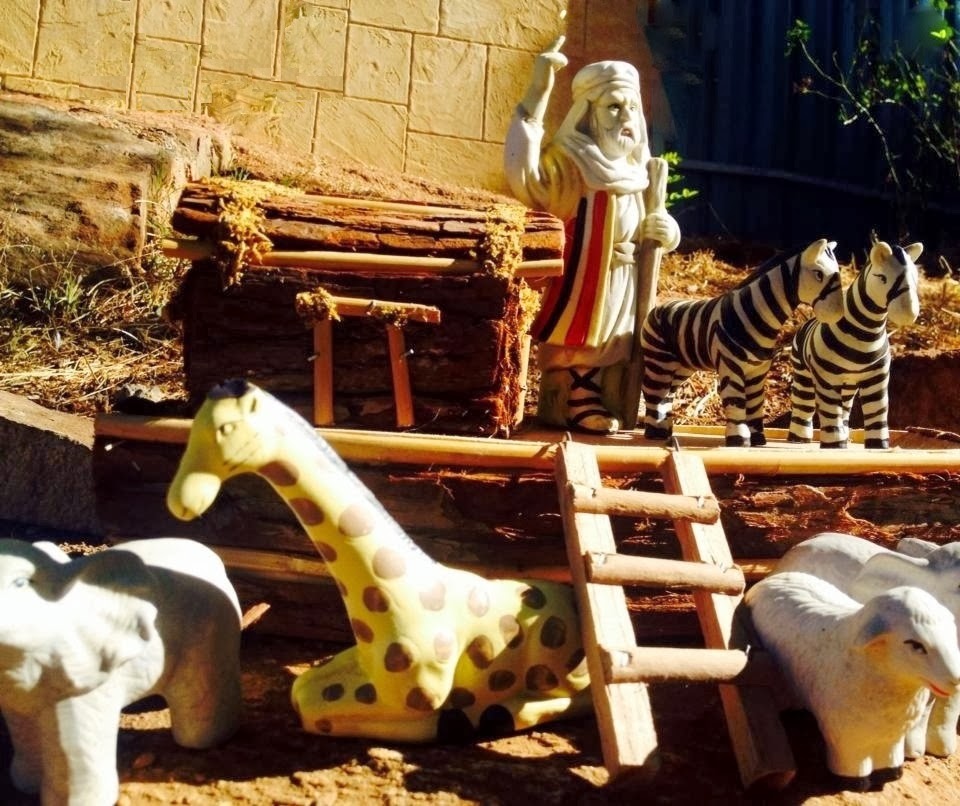 Recently it was announced in the press that an ancient Mesopotamian text had been translated by the British Museum. The text was found on a clay tablet that had been brought back from the  following World War II by ex serviceman, Leonard Simmons. However it wasn’t until recently that Leonard's son, Douglas, decided to take the tablet to the museum and the true treasure was revealed. Upon reading this ancient texts, Dr Irving Finkel, Assistant Keeper of the Department of the Middle East at the British Museum, realised that here was an important find. The text (Cir.1850 BC) was an ancient account of the flood story, the most famous of which is the account of Noah and the Flood in the Hebrew Bible (http://www.dailymail.co.uk/news/article-2524056/Noahs-Ark-coracle-reeds-bitumen-reveals-Babylonian-text.html). Many of the details given in the text are similar to those found in the Bible and other ancient accounts of the flood story, however this one contained something new. The remarkable thing about the 3700 year old text  is that it presents the Ark as being circular in nature, a '220-ft diameter coracle with walls 20-ft high' with  'two levels and a roof on the top' and 'divided into sections to divide the various animals into their own sections'http://www.dailymail.co.uk/news/article-2524056/Noahs-Ark-coracle-reeds-bitumen-reveals-Babylonian-text.html). In the tablet the instructions to build the Ark is presented thus,

'Wall, wall! Reed wall, reed wall! Atram-Hasis, pay heed to my advice, that you may live forever! Destroy your house, build a boat; despise possessions And save life! Draw out the boat that you will build with a circular design; Let its length and breadth be the same (Daily Mail) .'

This design instruction is very different than the one given to Noah in the Book of Genesis found in the both the Hebrew and Christian Bible,
So make yourself an ark of cypress wood; make rooms in it and coat it with pitch inside and out. This is how you are to build it: The ark is to be three hundred cubits long, fifty cubits wide and thirty cubits high. Make a roof for it, leaving below the roof an opening one cubit high all around. Put a door in the side of the ark and make lower, middle and upper decks. (Genesis 6:14-16 NIVUK).
So here we have two different versions of the same story and each with a differently designed ark, one of which reflects actual ancient boat design and one which resembles a large rectangular box. These two designs are mutually exclusive but the reason for this may be found in the way the story has come to be used.


The Hebrew account of the flood takes place within the broader narrative of a pre-Israelite world in the early chapters of Genesis. In many ways what we have in Gen 1-11 is a Hebrew commentary on established Middle Eastern world history. Although the dating is debated by some, many biblical scholars place the origin of the Book of Genesis between 540 and 400 BC. Although containing much older material, Genesis probably saw its final form come together during the exilic and post-exilic periods of Judah's history (Seters, John Van. 1998, The Hebrew Bible Today: An Introduction To Critical Issues, Stephen L McKenzie, M Patrick Graham, ed, Westminster John Knox Press, pg14.). This was a time when the Jews were forced to reflect on who they were as a people and who they believed God saw them to be in the past, the present and in future. With the Northern Kingdom of Israel gone, their own nation taken into captivity and returned, it was time once again for Judah to consolidate their history and traditions in the light of what God and his prophets had been revealing to them. Once again the God who had sent the flood to destroy evil humanity had sent his wayward people into captivity in Babylon. Once again the God who had lead them out of Egypt had also lead them out of Babylon. Unlike the Northern Kingdom of Samaria, that had vanished after being taken into captivity by the Assyrians, Judah had returned to their homeland again, and like Noah and his family, were the last remnants of their people. God, though just, was also merciful.
From the origins of humanity, the beginning of agriculture, through to the dawn of civilisation and organised religion, we are presented with a version of these stories told from a Hebrew religious perspective. The multitudes of gods and goddesses found in older versions, become one ’s creator and redeemer and his divine court. The goal of the account in Genesis is to instruct the reader about God’s relationship to his world and his role in known world history. Consequently some of the details with in the story are symbolic and are there to highlight the stories message and help draw out it's deeper meaning for the reader. Because these accounts are primarily instructional in nature, it is sometimes difficult to place these events specifically with in the context of established history from the text alone. One such element that upon close investigation seems to be symbolic in nature is the design of the ark itself. In Genesis the ark is a rectangular object with 3 levels (Genesis 6: 15). It's no coincidence that the Temple of Solomon was also a rectangular shape with three sections (1 Kings 6), itself symbolic of God's heavenly throne room, the Garden of Eden and the wider world. This is  in stark contrast to the round ark mentioned in the tablet, an ark that closer reflects actual ancient boat building techniques. 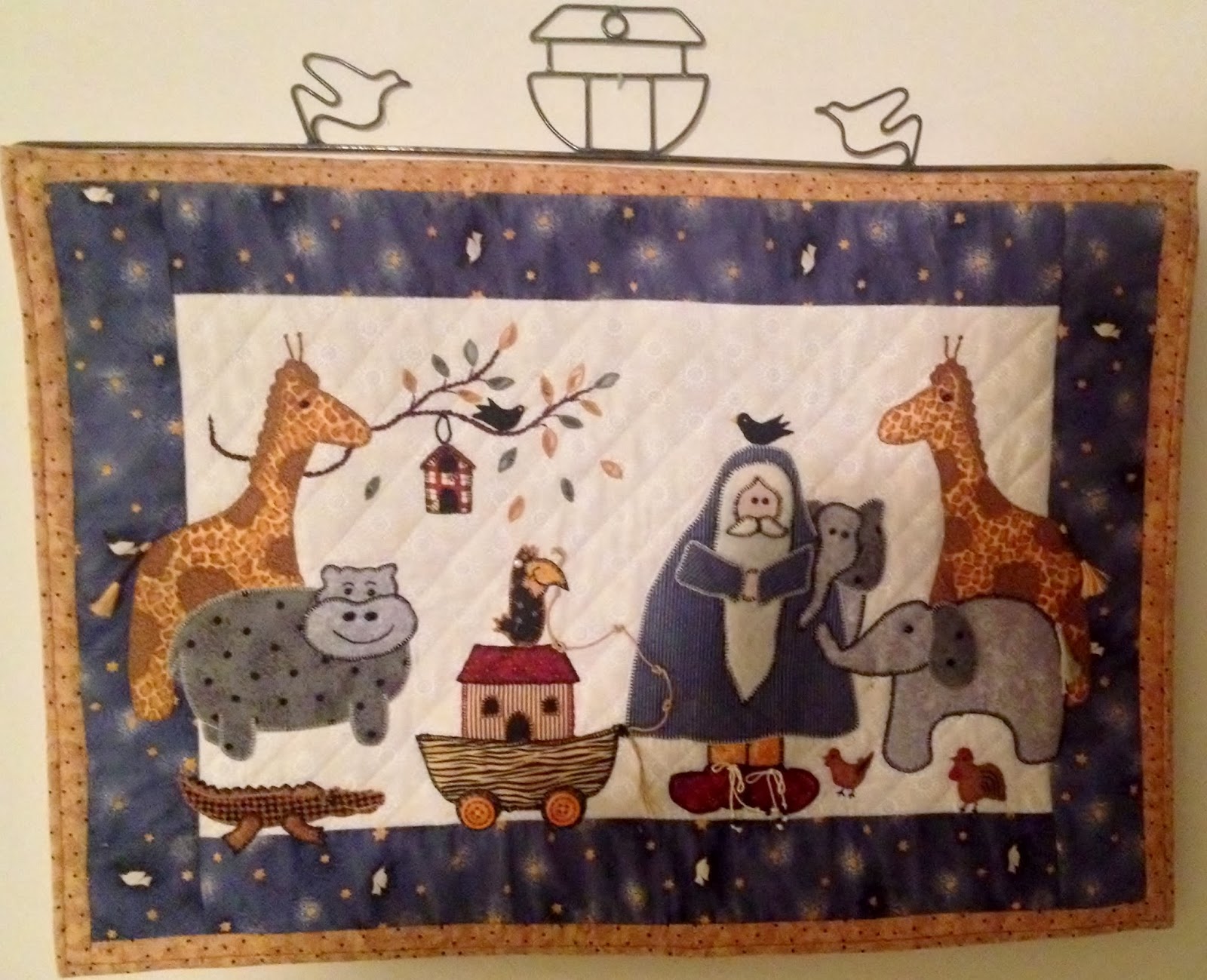 The flood story in Genesis reveals much about God's relationship with humanity, his judgment of evil, both human and heavenly, his grace and mercy towards humanity and his desire to see a world for humanity free from corruption and decay. As a good "Aussie" boy, I know that through a bush fire, following the blaze and its hellish destruction of life and property, there comes a much needed renewal of our bushland. The flood of Noah brings a much needed cleansing to the primordial world enslaved to angelic rebellion, human oppression and evil beings of giant proportions (Gen 6). But after the destruction comes, God is sorry for what has happened and promises to do so no more. Despite the watery reboot, the world is still home to evil beings of gigantic proportions and humanities mistreatment of one another (Gen 6: 4). The message of Noah's flood is this; whether it be salvation in the hold of a floating temple, the courts of the Jerusalem Temple or faith in the eternal walls of the unseen Heavenly Temple, our Creator is one who shows mercy towards his wayward creation. Despite longing for a better day free from pain and suffering, as all humanity groans for, God is prepared to stay his hand out of his mercy as he does to this day. The Christian also believes that there will come a time when the final reboot does take place, but this too will only take place when all have had a chance to climb aboard the heavenly ark. Some see this merely as Christians wanting to see all their ideological and political opponents fry like bacon on the infernal flames. For me it's about longing to see a day where no one is bought or sold, no child dies hungry while a rich man eats, no victim becomes an oppressor, and justice is served in the name of the broken and powerless. This is what the book of Genesis reveals about God, something that shovels, flood sediment and modern historical analysis is unable, and not intending, to do.
The beauty of the Mesopotamian accounts is that they are older and assist in placing the flood events described in the biblical account with in the wider known history of the world. Although still placed with in a story abounding with gods and goddesses, the older accounts help locate the culture that the events originally took place with in. The Babylonian versions mention the city, links to historical figures, and leads one to workable meteorological scenarios and most importantly, physical evidence in the form of sediment layers. Noah is no longer a mystical patriarch seemingly floating in a prehistoric history but a flesh and blood person with in a culture, a city and an actual flood. The name Noah means rest, which describes his plight of being saved and coming to rest in safety, but he has other names.

It must be mentioned that not all experts are prepared to believe that there was one massive flood that was the original great deluge. Instead they suggest that the story is actually based on memories of several major floods that swept through the region in ancient times. Evidence of these floods are found in sediment layers discovered in various archeological digs (http://ncse.com/cej/8/2/flood-mesopotamian-archaeological-evidence.). Be this as it may, others see the evidence as pointing favorably to a flood that took place around 2800 BC, a thousand years before the tablets mentioned earlier, flooding the land around Shurrupak and Kish. and connecting up to the Persian gulf (http://www.noahs-arkflood.com/otscholr.htm) to create a massive body of water that would haunt human history and mythology to this day. The story tells of the adventures of a Sumerian king by the name of Zuisudra, also known as  Atrahasis and Utnapishtim in the Epic of Gilgamesh. He is even listed in some of the ancient lists of pre-flood kings, many of whom are reminescant of individuals found on the list of pre-flood patriarchs in the early chapters of Genesis(http://en.metapedia.org/wiki/Antediluvian_Patriarchs.).
This flood, though by no means universal from our modern perspective, did cover the whole land in the eyes of its survivors and effectively the whole earth from horizon to horizon. Although on the face of it, the biblical account seems to suggest that only Noah and his family survived, there is also a tradition of other flood survivors both in the current text and in older alternate readings. Genesis 6: 4 says, The Nephilim were on the earth in those days--and also afterward--when the sons of God went to the daughters of men and had children by them. They were the heroes of old, men of renown. To accommodate this seemingly contradictory element, stories were told of how King Og, a giant king connected with the Nephilim but found later in the Bible (Deut 3: 11), managed to hitch a ride on the Ark. Here Noah is harboring on his divine lifeboat a member of the very race that the flood was trying to extinguish. There is even a tradition that the flood never reached Palestine and that King Og fled to there to escape, surviving by leaving the region of the supposedly universal flood (http://www.jewishencyclopedia.com/articles/11672-og). Along side these stories is a textual tradition found in some editions of the ancient Greek version of the Hebrew Bible, the Septuagint, in which Noah's grandfather, Methuselah, dies several years after the flood http://www.grisda.org/origins/07023.htm. And so the ideas of a flood that drowns all but Noah's crew and cargo sits side by side with a tradition that there were other survivors of the disaster.

As we look back to this ancient event through the mists of time, we may never know the exact details of what really happened. Biblical fundamentalists will continue to champion a truly global flood and some athiests will endeavor to deny any historical roots for the story at all. However for many of us in between, such finds as this latest tablet point us to a very real natural disaster that left an indelible mark in our religious and cultural memory. This was a disaster that saw a small group of survivors and animals saved from the watery depths by a large boat, a rescue which pointed to a God who is just and merciful. It may be that in this new find we at last have a glimpse of what the stock laden rescue ship really looked like, saving Noah/Atrahasis, his family and the animals of the land from the great cleansing flood. 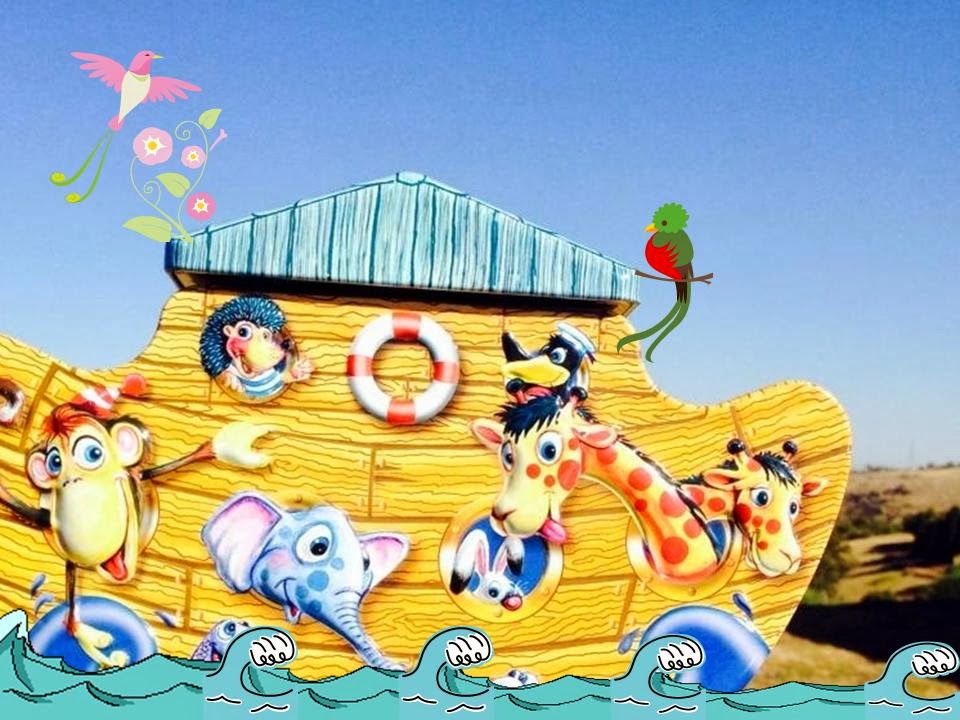 Posted by House of Castlestein at 04:37