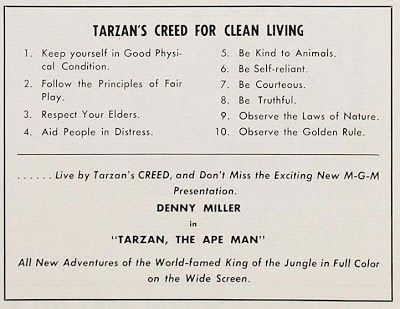 Recently I wrote this article for one of our Australian Salvation Army magazine, OnFire. If you missed it ........here it is.

Were you a Smokey Dawson Deputy Sherriff? Did you have a Phantom Skull Ring? Did you join Hop Harrigan’s Flying Club? If you did, you experienced the thrill of following the exploits of an action adventure hero.
Superhero movies have recently been enjoying a ‘golden age’ of commercial and critical success, kicked off by 2000’s X-Men, an adaptation of the comic book series launched in the 1960s. I’ve enjoyed watching many of these super flicks with my children including Spider-man, Iron Man, Green Lantern and the Avengers.


The modern pop culture hero has been around for decades—some have faded into obscurity, others are as popular as ever, and many new crusaders have appeared, reflecting the issues of their time. My kids are amazed that I know tidbits of trivia about these characters’ histories and superpowers, and were stunned to discover that many had been around since the ‘olden days’, long before their parents—and even grandparents—were born.


It’s fascinating to think that in a few weeks, I could take my own kids to see Man of Steel, the newest Superman film, just as my own parents took me to see Christopher Reeve play the iconic hero on the big screen.


You may hail from a generation or two prior, and remember catching Batman, Flash Gordon or Nyoka the Jungle Girl in the Saturday matinee movie show, in a radio serial or a comic book. Whichever way you may have experienced them, these heroes have been good role models for generations of children, fighting for truth and justice.


But it seems that, as our society has moved from the age of simple sincerity that birthed Superman and Doc Savage into a more cynical age, so too have our superheroes dropped the ball in the role-model stakes.


I’m personally not adverse to the occasional dose of realism in my superhero fare. However I have noticed that, along with this realism, there often comes a moral ambiguity—the kind that leaves me hankering for the days when goodies were goodies, and their fight for justice was tempered with mercy. Whether it be the Punisher’s lethal approach to crime fighting, the Ghost Rider using the power of evil to fight evil or just Superman using his abilities to eaves drop on his ex-girlfriend and family in their home, it’s sometimes hard to tell which side the heroes are on.


Of course, heroes have had flawed characters well before they had superpowers. Hercules, King Arthur and Robin Hood—while ultimately noble—were far from perfect.


Even the biblical figures Samson and David, although hailed as mighty heroes and great leaders by Jews and Christians alike, certainly had their moral pratfalls.


However, when it comes to admiration from young hearts and minds, there is much about their lives and stories that can be drawn upon to encourage children in the ways of ‘truth and justice’, regardless of their faults.


As well as the impending Superman release, what prompted these thoughts of daring do-gooders was the discovery of a list of rules, Tarzan’s Creed for Clean Living, on an internet fansite. The list, released in 1959 to promote Tarzan the Apeman (a film starring Denny Miller) was the sort of thing issued to a child upon joining a hero or heroines’ fan club so they, too, could learn to live heroically. It’s teaching that would make any Junior Soldier Sergeant proud:


1.      Keep yourself in good physical condition 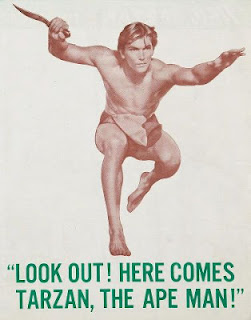 
Tarzan left the most important rule for last, ‘Observe the Golden Rule’, or in other words, ‘Do to other what you would have them to do you,’ (Matthew 6:12). It gave me pause: Can you picture any media entity today that would be so moralistic in promoting their heroes? How many people would associate fair play and courtesy with heroism? How many children today would even know what the Golden Rule means, let alone have learned it from Wolverine or Iron Man?


I’ll be interested to see whether Superman, the moral centre of super heroism, maintains his stalwart goodness in Man of Steel. Regardless, even when the heroes of this world seem to have abandoned ‘justice and mercy’, we know our greatest hero, Christ, will never stop encouraging us to ‘do to others what you would have them do to you’. 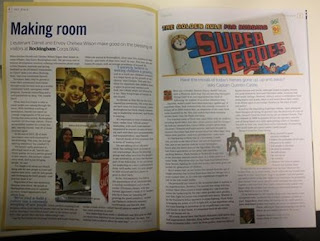 Posted by House of Castlestein at 03:37